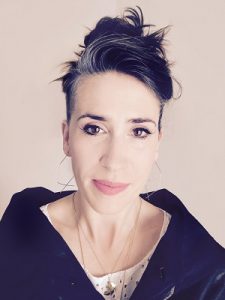 London based recording artist Imogen Heap blurs the boundaries between pure art form and creative entrepreneurship. Writing and producing 4 solo albums, one as Frou Frou (with Guy Sigsworth), and collaborating with Jeff Beck, Mika and Josh Groban amongst others, Heap has penned tracks for movies, TV shows and produced the score for Harry Potter and the Cursed Child, winning the ‘Outstanding Music in a Play’ Drama Desk Award.

Counting 5 Grammy nominations, winning one for engineering and another for her contribution to Taylor Swift’s ‘1989’, Heap also received an Ivor Novello Award, The Artist and Manager Pioneer award, the MPG Inspiration Award and an honorary Doctorate of Technology for her MI.MU gloves work: a ground-breaking gestural music making system.

In 2014 she envisioned a flourishing music industry ecosystem through Mycelia and released ‘Tiny Human’, the first song to use smart contracts on a blockchain.

At the conference Heap will give the opening keynote presentation on Mycelia and it’s project The Creative Passport.

Mycelia is a not-for-profit research and development hub for musicians focused on practices and technologies supporting a fair, sustainable and vibrant music industry ecosystem. The Creative Passport is a B2B digital ID solution for music makers to help them connect services and other collaborators with their works.

Imogen Heap can be seen in: